This past summer, I was at a workshop and was asked to extol my thoughts on women feeling pushy for the Vermont Mom blog…

Too pushy! Now, that’s a hot button topic for me!

I wish I could remember when being “too pushy” first became an issue in my life.

When I was a young girl, I remember advocating for what I wanted. It was never a problem then. If I wanted my mother to take me swimming, at first, it was a simple ask. If I got a no, I would start to sell the idea. “It’s so hot, it will be so much fun, why can’t we?” 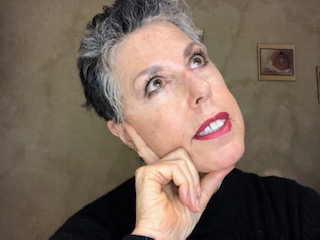 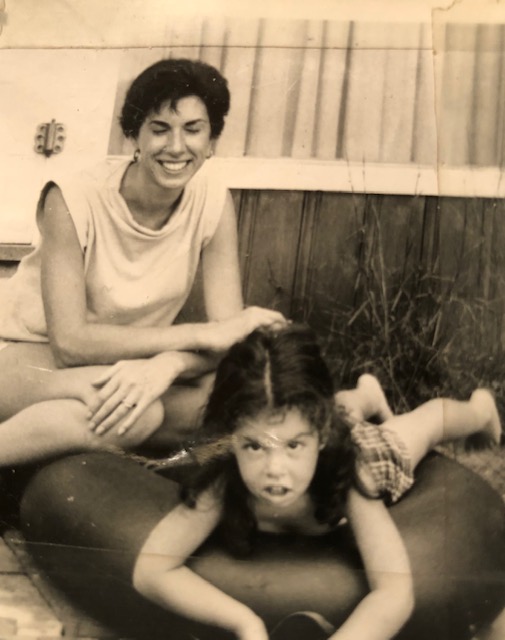 I was probably nine or ten and I wanted a Barbie outfit I saw when we were shopping in Sears. I was born in 1954, and in the early 60’s, Barbie dolls were the coolest thing going. They had a fashion catalog for Barbie clothes, which had real zippers, no velcro junk. Super marketing Mattel! When I asked my mother if she would buy the outfit I was coveting, she said no. Then I thought I came up with the best solution ever… she would buy it and I would pay her back with my allowance money. She still said no. I was enraged! How could she say no to such a fair deal?

I proceeded to have a temper tantrum. Temper tantrums were not going to fly with my mother and she quickly removed me from the store and we went home. I remember sobbing on the way home… not because I was ashamed, I was crying tears of frustration.

In looking back at playing with friends, I would say I was bossy, not too pushy. You may be wondering what the difference is between the two. I had lots of ideas and enthusiasm, and the kids I was playing with would usually like the ideas I proposed and off we went. Being the boss doesn’t necessarily mean one is overstepping. I was a leader, and it was accepted with my friends.

If I was playing with older kids, like my cousins and brother, and they were bossing me around, I often “told” on them. I had a strong sense of what was fair. I didn’t like being told what to do. Good thing I chose self employment when I grew up.

Then came high school and mean girls. No! I was not a mean girl, the mean girls were sometimes mean to me. Not always, but sometimes. I have always assumed people would like me. When people were mean, I was surprised and, of course, hurt. I desperately wanted to fit in and to be popular. I never really knew why I wasn’t accepted by that group of girls, I just knew I didn’t like not feeling welcome.

The thing is, trying to fit into the group and being a natural leader didn’t mix. As a teenager, I did not label myself as a leader. I am not sure kids think in those terms at that point of life. I did know that I had a strong personality, and I did have the sense that my personality wasn’t in sync with that group of girls. I hated the feeling of being judged. Was I too pushy for them? Who knows? It’s interesting to recall that it was the women who made me feel like I was too much. Teachers loved me, and if a man didn’t like me, I didn’t care. It was just those girls who made me feel so excluded.

In the end, I left that group, and that entire school, for another, and found my people. They were smart and artsy kids. I was able to make friends and pursue my interests without being reined in or criticized by my peers.
As an adult, I had a retail store and dealt with women all day, every day. Thirteen years later, I added a Mary Kay business to the mix. Again… I was working nearly entirely with women. I continue to assume people would like me, and when they don’t? Pow! It always hits me like a ton of bricks.

Pushiness is usually seen in a negative light. Even as an adult, when I heard that some women thought I was “too pushy” it felt underhanded and crushing. After all, why not praise a woman who shows these leadership qualities? Why was I called “too pushy”? Darn! What’s with that? And why am I so sensitive about learning someone found me pushy?

Could that be related to my childhood, where I couldn’t stand if something felt unfair? I’ll be honest. Being called “too pushy” doesn’t seem fair.

Very few people have blasted me to my face. Most of the time, I hear this feedback via text or even worse, second hand. I hate that. If someone doesn’t like something I do, I want to have a conversation. I mean, come on! Have I ever gotten up in the morning and said, “I am going to be a horrible person and intentionally hurt so and so!” Never! In the same sense, I also don’t wake up thinking of who I am going to railroad today. I wake up with a plan, a mission, and put my goals into action.
After I get a “you are too pushy” reaction, my tendency is to pull back. I begin to second guess myself. I imagine what others are saying or thinking. I think, “Maybe I shouldn’t reach out to her again, I don’t want her to drive her crazy.” I don’t intend to impose myself on others.

When this self doubt happens, I have to have a talk with myself.

Maybe the client I reached out to didn’t see my original text, or maybe she lost my contact information, or maybe something happened in her life and she had to deal with that before getting back to me. I have to quiet the internal monologue that repeats the criticisms of my youth.

As a woman business owner, I have been accused of being pushy. When I combine the boundaries I respect with the momentum I need to run a business, I don’t think I am doing anything wrong.

I often wonder how I would be judged if I were a man. My guess? I would be considered a go-getter. Funny how that works!

My fear of being seen as too pushy almost stopped me from pursuing my current successful Mary Kay business. When “self-protecting Nan” was in overdrive, she told me that people would not want to be around me if I was too pushy. I had to remind myself that I was once the owner of one of the coolest women’s clothing stores in Vermont. Why would I assume someone might be turned off by my new endeavor? Fear of rejection along with a fear of feeling pushy is not a good combination for a desired outcome.

I find that when I reach out to others I admire, I am always received in a kind and supporting manner. Which makes me take a hard look at who is making me feel less than.

The people who have criticized my behavior are not people I particularly admire and they are people I would not want to trade places with. When we are given negative feedback, or we hear about negative things which were said about us, let us consider the source. Perhaps my strong personality is something that they wish they had. Instead of working toward being a strong woman who goes for what she wants, it feels better to sit back and criticize.

I have heard it a million times, and I am sure you have too. Success does not lie within your comfort zone. It doesn’t matter if it’s about your personal life or your business life. The message is the same. Some are going to see the leader you are as being too pushy. Being assertive is a part of creating a new path. At the same time, no one gets to go through life without falling down and making mistakes. If perhaps I have been too pushy today, and not listened to those around me, I am going to figure out what piece I had in it, and what can I do better next time.

View all posts from #mymklife 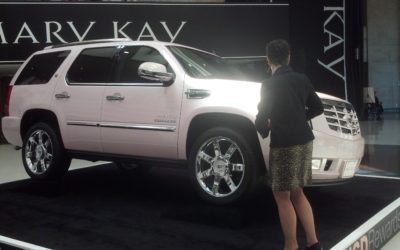 I am a huge fan of VPR. It's my go-to station when I am in the car. I had a listener crush on Meghna Chakrabarti...until yesterday. They were... 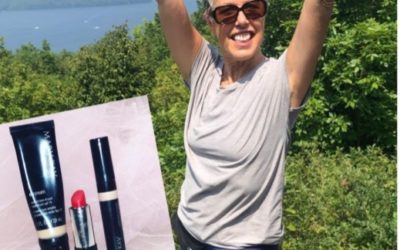 Even hiking… I am wearing my MK “must-haves”. The cc cream has sunscreen, keeps the bacteria out and my moisturizer in, the rest just makes me feel... 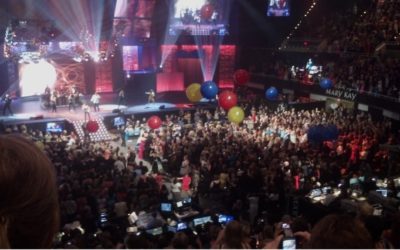 #MyMKLife…it’s a hashtag Mary Kay suggested we use a couple of years ago. It’s handy.  It covers a wide range for me.  As I sit in the plane  from... 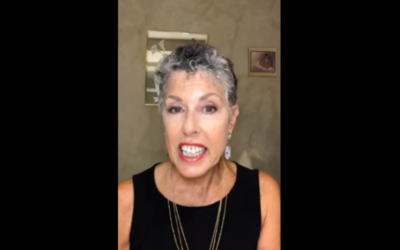 Who doesn’t like being appreciated? How many times does someone say, “I appreciate what you just did”? Mary Kay does it all of the time…in the form... 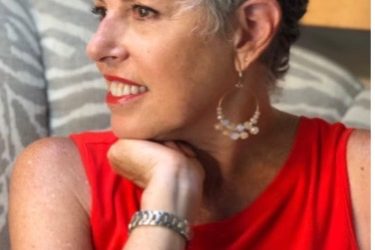 I received these earrings as a gift last summer from MARY KAY. I just started to wear them and appreciate their versatility. A warm pink blends... 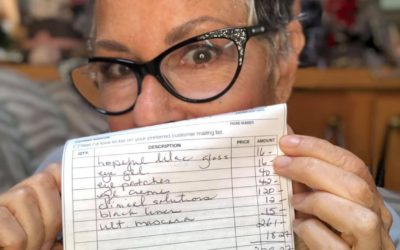 If you think my business is hard…think again!

I did this appointment in my tee shirt and shorts via zoom.  It was a Saturday morning.  We had the nicest time, talking about life, sipping coffee,... 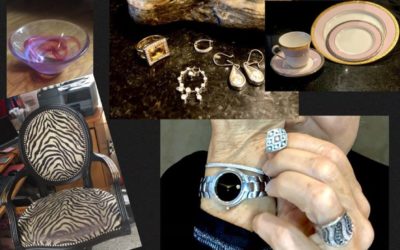 I was looking around my house and realized how many pieces of furniture, clothing, jewelry, and household items were gifts from Mary Kay.  Here are... 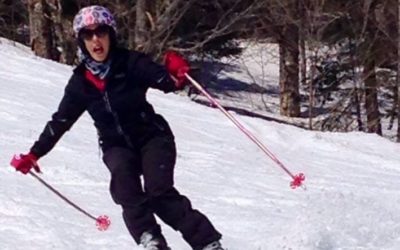 For me, I need flexibility.  With twenty seven years in the retail business behind me, I treasure the ability to work when I chose. I am still in... 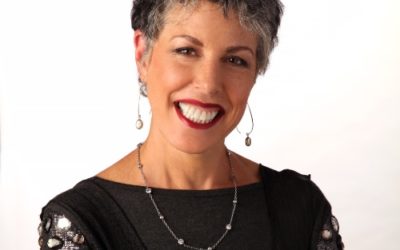 I wrote the below article on Confidence for Mary Kay in 2018.     What does confident mean to me?  Sometimes, it’s as natural as breathing. ... 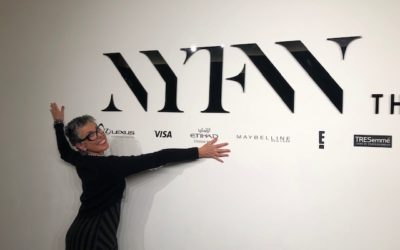 Mary Kay is all about recognition. My home and my closet are filled with gifts from the company. You may ask, what is your favorite prize?  It was... 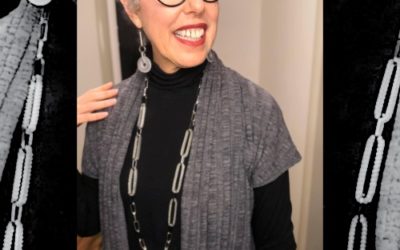 Jewelry creates a mood and texture. MARY KAY gives me lots of gifts. Every month I get a piece of jewelry as a thank you. It’s so nice to be... 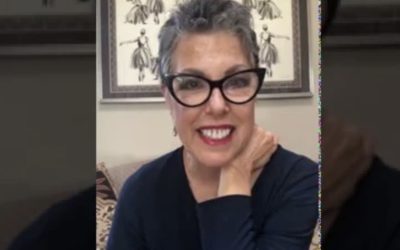 Why I Love My Mary Kay Business